When in 1978 World of Water built its aquatic centre in Pencader, South Wales Tourism insisted that it opened to the public and included a museum.

Following research at the British Library as to the most appropriate sort of museum to sit alongside ponds and the fish hatchery tanks, we themed the museum, in part, on the works of Frank Buckland (1826-1880) and J.J. Armistead.

Frank Buckland first started his ‘Museum of Economic Fish Culture’ in London in 1863 around a working fish hatching facility close to the site of the South Kensington Museum, London, and J.J. Armistead opened the World’s first School of Fish Culture in Cumberland, 1868.

Sadly, my research found that Buckland’s museum collection had been badly damage in storage during WW1 but thankfully, some items loaned to the museum had been moved out of London and  returned to their owners. The hunt was on!

With the collection’s own card index (image example below) to guide and inform, I found exhibits at Arlington Mill Museum, Bibury Trout Farm and a collection of beautifully painted fish casts at the Scottish Fisheries Museum. 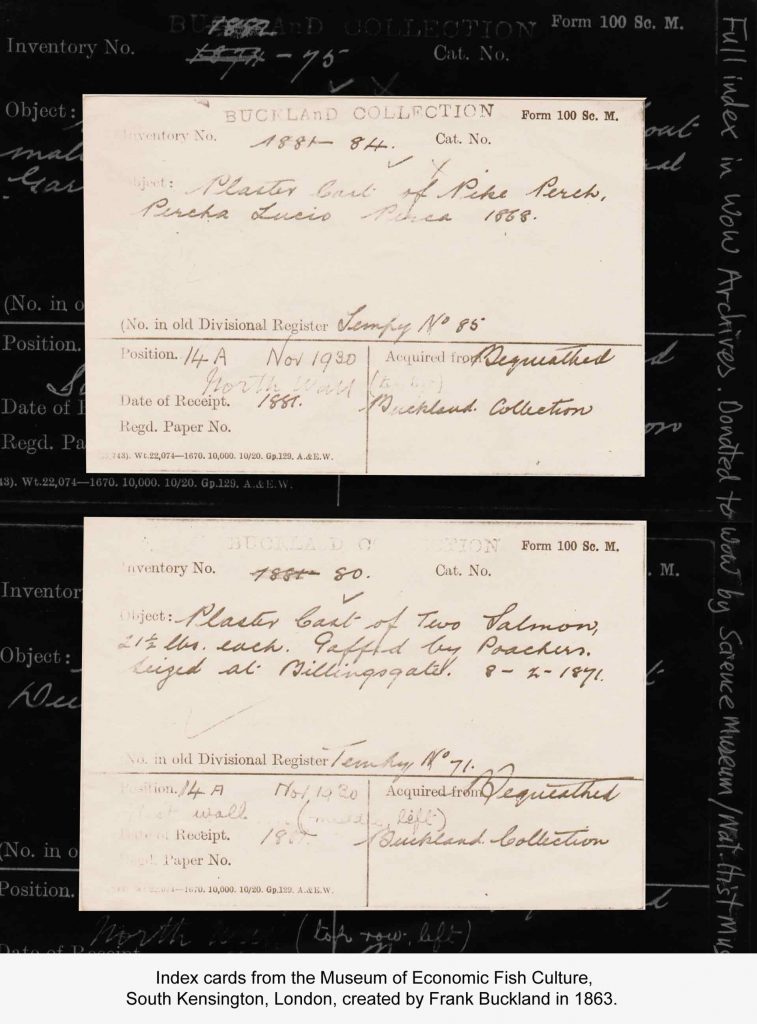