At the Water Palace Exhibition in Birmingham, UK, World of Water used decoupage displays designed and made by architect Timothy Griffiths. Each display was back-lit to in balance with the brightness of the computer screens sponsored by I.B.M.

A photo record of five, out of the six decoupage, remains on the World of Water archive. The originals were lost.

The earliest decoupage in the WoW Collections (below) dates from circa 1923 and was made by Charles Wentworth Elam (1890 – 1966) for his daughter, Joyce Latham Elam, who later became co-founder of the World of Water charity.

Whilst updating our Exhibition Projects page we asked volunteers what they needed and they all said, some kind of trailer or an exhibition caravan where visitors and volunteers could shelter from the rain. If you have one that can be easily moved to our Field Centre, please donate it so we can use it to attend more open air shows and gain more volunteers and donors. 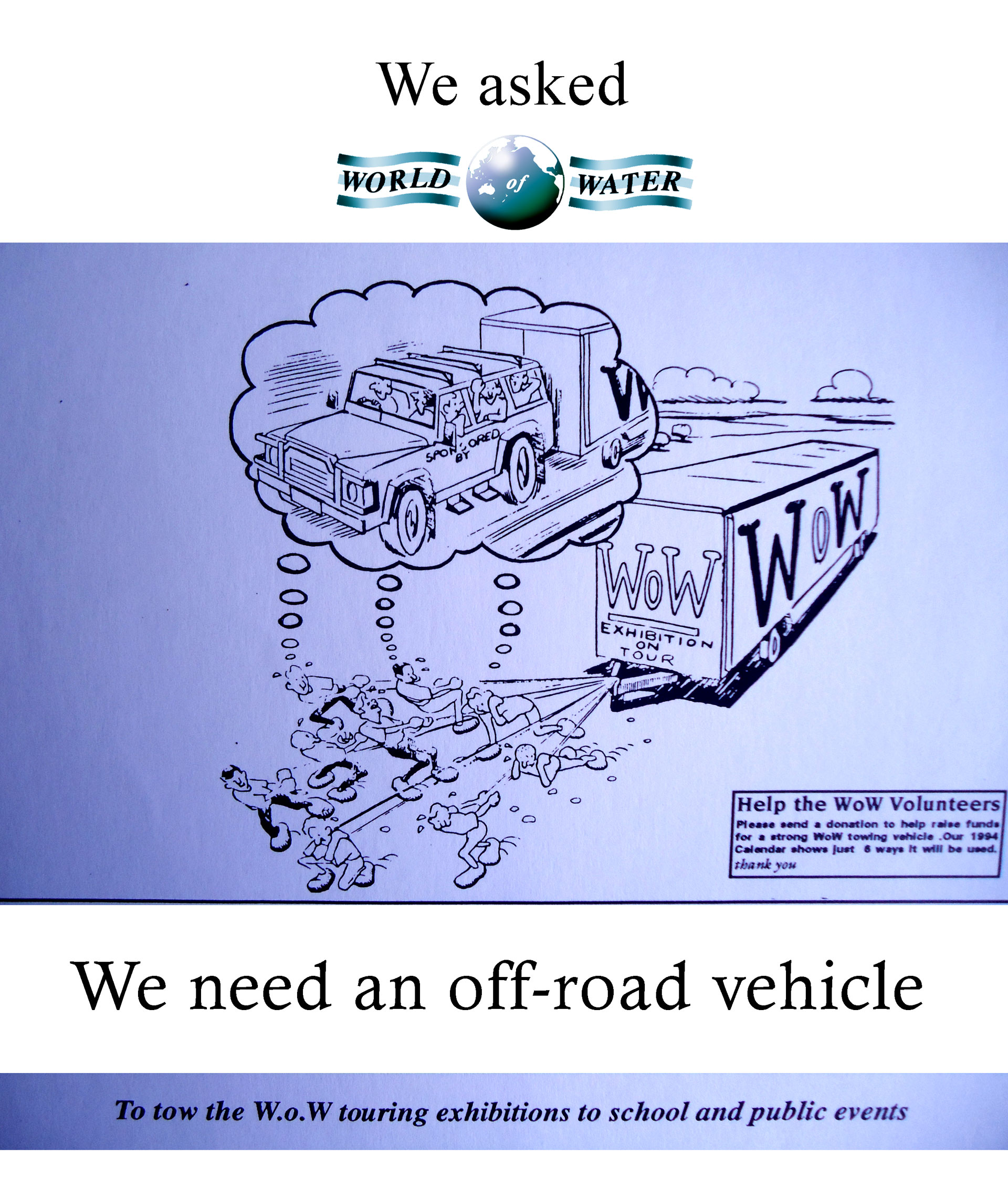